The Diocese of Ardagh And Clonmacnois 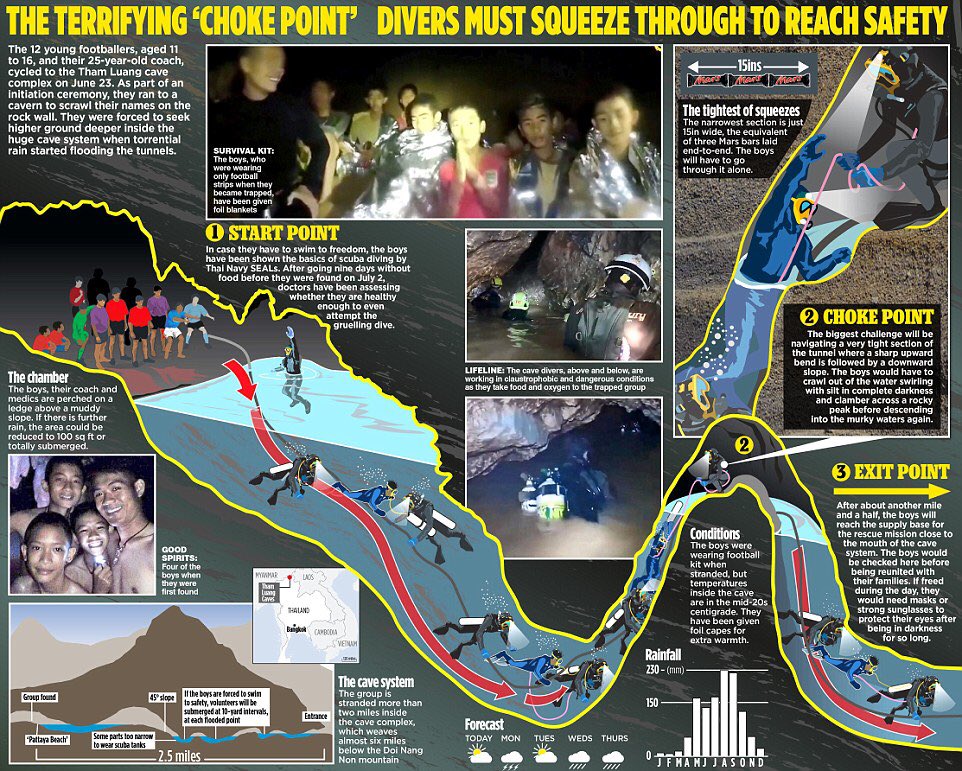 Eight years ago, during the Summer of 2010, thirty-three miners were trapped for 70 days in a collapsed mine in Chile. They were 17 days lost – generally presumed dead – before contact was established. Franklin Lobos, an exfootballer, said they had acted like a great football team: “We pulled together when things got rough, when there was nothing, when we needed to drink water and there wasn’t any to drink. That really bonded us,” he said. There are certain events that take over our world, making us stop, watch, and take a deep breath. The Chilean ‘rescue mission’ was one such event. The plight of the 12 young footballers and their coach, trapped this week in a cave in Thailand, will transfix the world even more dramatically. One fifth of the world’s population watched as the 33 miners were eventually hoisted to freedom in a steel capsule. We can expect more of the same in the coming weeks, or even months. We know nothing yet about the experiences of the young lads trapped in Thailand. But we can learn something about ordeal from the experience of the miners eight years ago. Despite the hell they endured, the miners clung tenaciously to their hope of eventual rescue. The oppressive darkness drew them closer to each other. We find their plight and the plight of the young footballers fascinating. What were those first few horrible moments like, when they realised they were all in serious danger? What were those 17 early days like, when the miners alone knew they were alive? What courageous man decided that a 48-hour ration could be made to last for three weeks? What discipline! They sustained hope and faith in the teeth of impossible odds, refusing to succumb to paralysing fear. When the miners emerged from their tomb, Mario Sepulveda spoke for all of them. “The only thing that I ask for my own sake,” he said, “is that you don’t treat us like celebrities or journalists. I want you to continue to treat me like Mario Sepulveda, worker, and miner.” I’m sure the parents of the young lads would wish for the same. Anyone who watched the rescue of the miners will never forget it. Who could not be but moved by the open faith of these men as they emerged blinking into the sunlight, looking to the heavens, or falling to their knees in prayer? It was compulsive viewing. The smiles, handshakes and the powerful embraces were on open display. These were the decent instincts which flourished in the darkness and which no publicity should be permitted to destroy. In principle, their spokesman was right. For the faith which can withstand a mountain can also crumble under praise. Perhaps that is what lies behind Solomon’s proverb: “The crucible is for silver, and the furnace for gold, but man is sorely tested by the praise he receives.” Let’s hope the young lads’ story will reach an equally joyous conclusion. We watch stories such as these to marvel, to admire, to feel relief that there can be something safe after something fearful. We watch them to feel hope, a hope that we too have it within us to meet a challenge. Whether trapped in some version of that mine, or bumping into random boulders along our path, perhaps we can learn to live bravely and with discipline in the face of terrible uncertainty. Ironically, the miners’ two-month entombment broadened our horizons!