The Diocese of Ardagh And Clonmacnois

FEAST OF THE ASSUMPTION 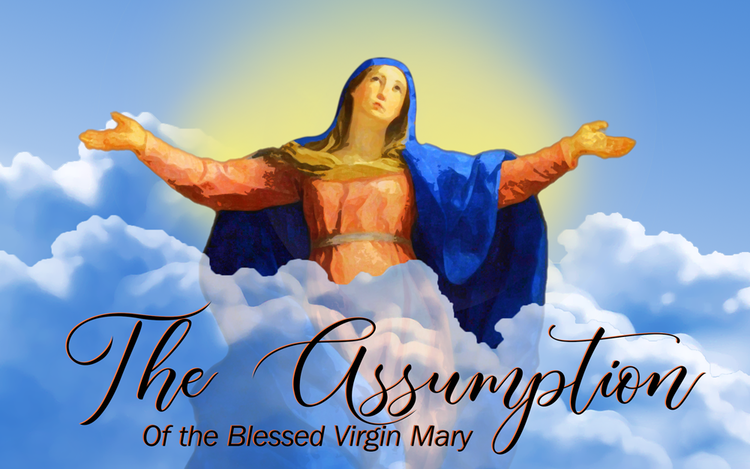 ‘Of all women you are the most blessed’

Mary is explicitly mentioned in only five of the twenty-seven books of the New Testament. We don’t know the dates of her birth or her death and yet her light shines like a beacon down the ages. She is ‘everywoman’. She is the woman for all times and seasons. She is the most famous woman in history who has inspired more art and music than any other woman. In our own time, she has appeared on the cover of Time magazine more often than any other woman. Without Mary, there is no Gospel. She is the one who is present where she is needed the most. She is there for her Son in all the pivotal moments of his journey from the hill country of Judea to the Hill of Calvary. She is constantly leading others to Him. ‘Her greatness consists in the fact that she wants to magnify God, not herself’ (Pope Benedict).When Jesus challenged His followers to live, give and forgive like Him, she showed by her humble service that it was possible. Jesus cannot be understood without His mother. ‘The reason why Christ is unknown today is because His mother is unknown’ (Newman). From the sixth century the belief grew, that because Mary’s life and work were so closely united to that of her Son, she was not separated from Him in death. Orthodox Christians hold that she died first and was then taken directly to be with her Son while some in the Catholic tradition believe that she was not allowed to experience death, at all. The Assumption was finally defined as a dogma of faith by Pope Pius XII on November 1st 1950 when, under the guidance of the Holy Spirit he pronounced that: ‘The Virgin Mary having completed the course of her earthly life was assumed body and soul into heavenly glory’. As the shadows lengthen and the shades of autumn appear, we salute Mary ‘the highest honour of our race’ and allow her to come close. ‘Mary is a sign of sure hope and solace for the pilgrim people of God’ (Lumen Gentium). We see in her what we can all become with God’s grace. She is ‘an echo of the heart of God’ (St. Elizabeth of the Trinity). She is ‘our tainted natures’ solitary boast’ (William Wordsworth). She has opened the world’s door to God. She has opened earth to heaven. ‘One ship has rounded the headland. We are the little ships following her home’ (Joseph Cassidy)